Brought to you by Miller Law

A FAMILY LAW CASE– Parent Wishing to Move Out of Area

Mother and father were married in 1980. They have three children: age 4; age 2; and an infant. The parties separated in November, 1989. On November 15, 1989, the court issued an order that gave shared legal and primary physical custody to mother and gave father visitation on alternate weekends and numerous, specified holidays. 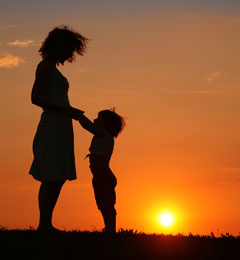 Mother became increasingly depressed and isolated in her surroundings. Her deteriorating psychological state was the result of many factors including the confrontations with her husband, a perceived animosity from her in-laws, a lack of emotional support in the absence of friends or family, and anxiety about having to move from her apartment which no longer was going to be available to her through her in-laws.

As a result Mother decided that the best alternative for herself and the children would be to relocate to an area where she would have family and support nearby and where she begin caring for her children in a more stress-free and promising environment. Mother’s brother and sister-in-law live in Illinois invited her and the children to live with them in their home and, in addition, offered to support them until she became self-sufficient.

Father learned of mother’s intentions to leave Pennsylvania. Father filed a petition with the Court to prevent Mother from leaving the state with the children pending a further hearing before a judge.

A hearing was held on February 26, 1990, both mother and father testified regarding the potential impact of the move. Mother explained that her brother had offered her and the children a home, support and help with future employment. She testified that her brother was her closest relative and that other relatives were at even greater geographical distances.

The trial court must consider:

With this in mind, the Court enumerated the following three factors for consideration by trial courts:

Thus, in every relocation dispute the following interests must be accommodated as nearly as possible: the custodial parent’s desire to exercise autonomy over basic decisions that will directly affect his or her life and that of the children; a child’s strong interest in maintaining and developing a meaningful relationship with the non-custodial parent; the interest of the non-custodial parent in sharing in the love and rearing of his or her children; and, finally, the state’s interest in protecting the best interests of the children.

The Court concluded that the mother should be permitted to relocate to Illinois with her children and infant. In contrast to her situation in Pennsylvania, the contemplated move to Illinois offers the mother the opportunity to approach the future and raise the children surrounded and supported by family and friends. Her brother and his wife have offered to have her and the children live with them in their home. They have promised financial support for the present and aid in securing employment in the future. The move apparently would place her closer to where she grew up and would allow her to re-establish a network of friends from her past, with whom she has kept in touch. Finally, the move would allow her to escape the turmoil and troubled confrontations with her estranged husband.

Finally, there does not appear to be any overly burdensome impediment to a revised, realistic visitation schedule which adequately could foster a continuing relationship between father and the children. Father testified to an annual leave time of thirty days from his job. He further testified that his parents could help him with child care in the event he had partial custody of the children during times when he had to work. Father appears to have an extensive and seemingly close family nearby to help him during times when he might assume the role of primary caregiver. No doubt father would prefer to retain the status quo and achieve easier, more frequent access to his children. However, weighing this factor, as we must, against the demonstrated substantial advantages of the proposed move for mother and children, we cannot say that the shifting of the accustomed visitation arrangements warrants depriving mother and the children of the benefits of the move. 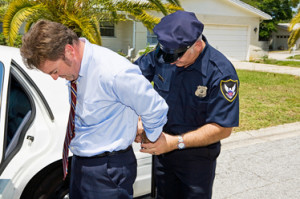 On the afternoon of July 13, 1989, Lopez was driving a Ryder rental truck towing a Volkswagen automobile on Interstate 90 in Erie County. His wife, Yvonne, and his four year old child were passengers. Corporal Robert Martin of the Pennsylvania State Police noticed the tow chains between the Ryder truck and the Volkswagen were not crossed as required by § 4905(d) of the Pennsylvania Vehicle Code, and signaled Lopez to pull over.

After the stop, upon request, Lopez produced his driver’s license, vehicle registration and the rental agreement for the truck, which revealed that the truck had been rented in Carlsbad, New Mexico with a destination of Glen Falls, New York. Upon concluding that the papers were in order, Corporal Martin did not return them to Lopez but, instead asked Lopez to exit the vehicle and walk to its rear.

After showing Lopez the towing violation, Corporal Martin proceeded to question Lopez regarding the origin, destination, purpose, and duration of his trip from New Mexico. While retaining the license and rental agreement, Corporal Martin asked Lopez “Would you mind letting me look into the back of the truck?” Lopez did not object, opened the lock and pulled up the door. Corporal Martin observed that the truck was empty except for several blankets, some children’s toys and two suitcases. He then asked Lopez about the ownership and destination of the Volkswagen automobile; Lopez responded that he was delivering it to his brother.

The search revealed a cache, containing approximately seventy-six pounds of marijuana, in a compartment located behind the back seat of the Volkswagen. Lopez was then patted down, handcuffed and placed inside a patrol vehicle where he was given his Miranda warnings.

In order for a stop to be reasonable under the Fourth Amendment of the United States Constitution, the police must have articulable and reasonable grounds to suspect, or probable cause to believe, that criminal activity may be afoot. This standard is met “if the police officer’s reasonable and articulable belief that criminal activity was afoot [is] linked with his observation of suspicious or irregular behavior on behalf of the particular defendant stopped.”

First, it is uncontested that Corporal Martin stopped Lopez because he had articulable and reasonable grounds to suspect, or probable cause to believe, that a provision of the Vehicle Code was being violated. Such a stop was clearly permissible.

Lopez challenges the propriety of the subsequent detention and investigation by Corporal Martin. He argues that because Corporal Martin had no reasonable grounds to suspect him of drug related activity, the continued detention and questioning about the destination, and purpose of renting the Ryder truck, was unreasonable.

The court held that when conducting a routine traffic stop, an officer may request a driver’s license and vehicle registration, run a computer check and issue a citation.Upon producing a valid driver’s license and registration, the driver must be allowed to proceed on his way, without being subject to further delay by police for additional questioning. In order to justify detaining the driver for further questioning, the officer must have “reasonable suspicion ‘of illegal transactions in drugs or of any other serious crime.’ ”

Corporal Martin reviewed Lopez’s license, registration and rental papers and concluded that they were in order. No objective circumstances suggested that Lopez or his wife had committed any crime more serious than the failure to cross the tow chains. Therefore, after Corporal Martin explained the violation, his authority was limited by both state and federal law, to issuing a citation or warning.

Without returning the documents, however, based on his “policeman’s intuition,” Corporal Martin questioned Lopez regarding the origin, destination, purpose and duration for traveling and renting the Ryder truck. In addition, Corporal Martin asked Lopez whether he could look inside the truck and whether he was transporting any drugs, alcohol or weapons. Corporal Martin admitted at the preliminary hearing that this series of questions were unrelated to the purpose of the initial stop. Absent reasonable grounds to suspect an illegal transaction in drugs or other serious crime, the officer had no legitimate reason for detaining Lopez or for pursuing any further investigation of him, hence, the detention ceased to be lawful at this point. Thus, in accord with Guzman, we find that Corporal Martin’s continued detention and investigation of Lopez constituted an unreasonable seizure in violation of the Fourth Amendment; consequently, the evidence seized should have been suppressed.

Therefore, the Court concluded that the evidence which was seized as a result of a violation of the Fourth Amendment was the fruit of an illegality and, therefore, should be suppressed and not permitted to be used at the time of trial.